De Haske have a rich history as a print publisher of instrumental and band music. Beginning in 1983 and created by Jan de Haan in Oude Haske, the Netherlands. As a composer and a conductor of various concert bands, Jan de Haan began the business selling solely his own compositions. Later he added works by many young successful composers. Today, De Haske continues to be a leading publisher of band music, as well as solo instrumental material and some of Europe’s leading tuition series, some of which we highlight below.

The Hal Leonard Europe band category is divided into the following sections:

The “Look, Listen & Learn” series is one of the most popular wind tutor series in Europe! It sets itself apart by the supplementary performance material that is precisely matched to the level of the learning progression of the method books. 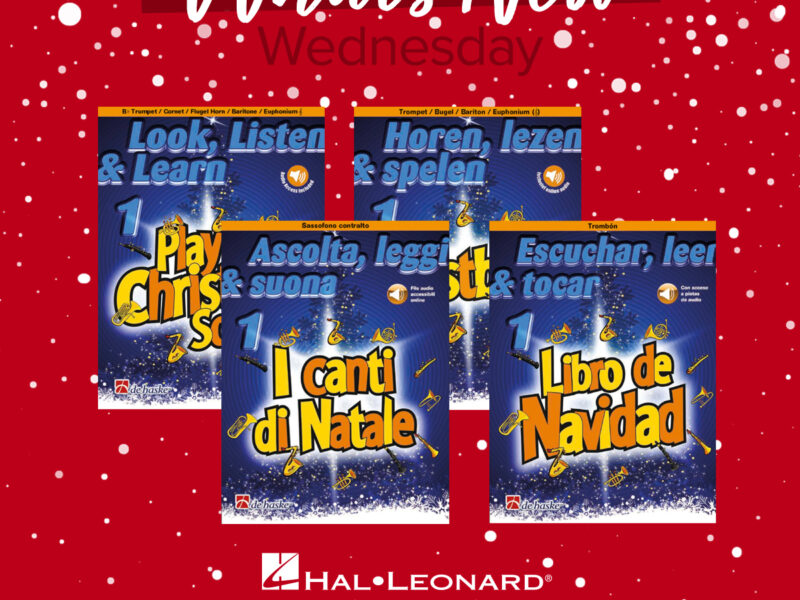 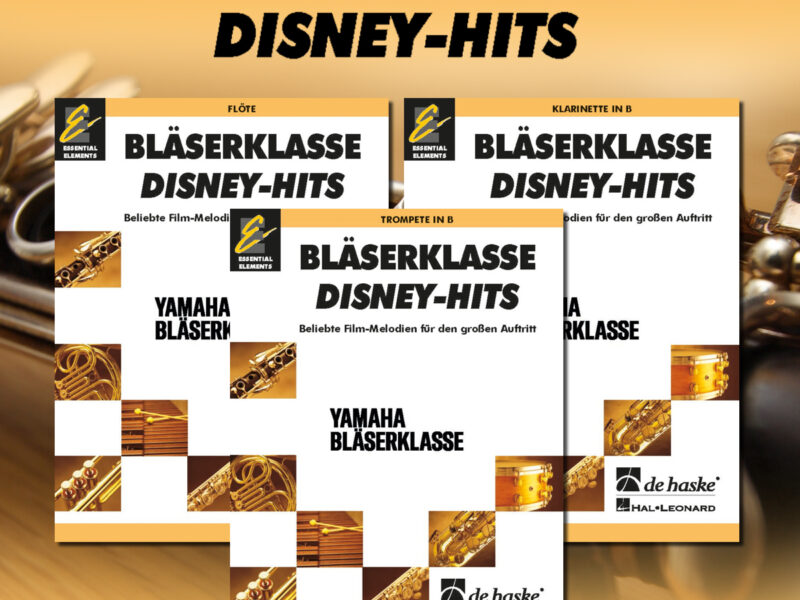 Since 1996, the Yamaha Music company has been working together with the De Haske music publisher to spread the successful “BläserKlasse” concept: the translation of the American textbook “Essential Elements ” has been followed over the years by a series of sheet music editions with first-class arrangements of well-known music from all over the world Genres and eras that are precisely tailored to the learning progress in “Essential Elements”.

The selection covers a wide range of genres from classical, pop, opera, film and more and thus offers an attractive concert program for all occasions. 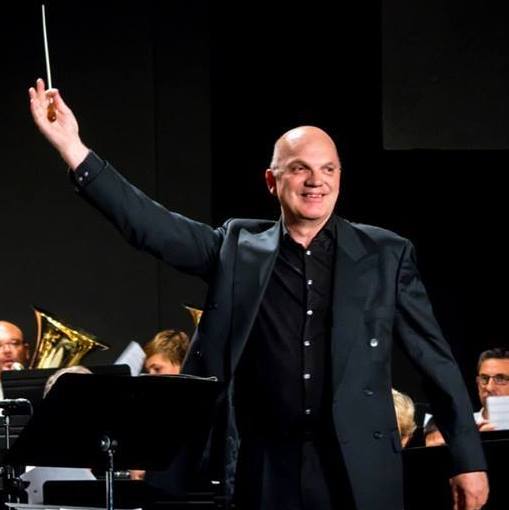 Jacob de Haan, born on March 28, 1959, in Heerenveen, the Netherlands, is one of the most popular and most played wind music composers of our time. In a long-time cooperation with his publisher, De Haske Publications, he has issued numerous compositions and arrangements for various line-ups.

His compositions, mostly written on commission, are known worldwide – especially the works that are based on film-music-like combinations of styles. Oregon, his most performed composition, brought about his international breakthrough. His oeuvre for wind band further consists of compelling concert works with different grades of difficulty, short concertante works, didactic material for beginners, entertainment music, and marches. He also writes various arrangements of existing classical works and chorals.

Jacob de Haan regularly acts as a guest conductor with performances of his own works – not only in Europe, but also Australia and the USA – and as a jury member at international competitions. One of his guest conductings was at the Western International Band Clinic in Seattle. Furthermore, he gives workshops at various conservatories such as the Bavarian Music Academy in Germany. 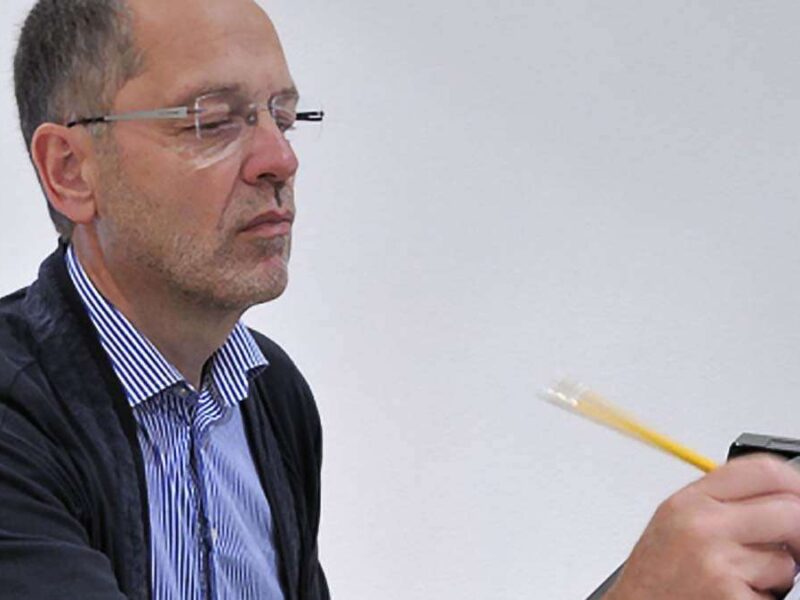 Jan de Haan was born in the Frisian village of Warns, in the Netherlands, in 1951. His first inspiration came from his father, who was a great lover of wind music.

Until 1994, Jan de Haan was the conductor of the well-known Dutch brass band Soli Brass. As a guest conductor, he also worked with a number of professional and amateur wind bands and ensembles. In this capacity Jan has travelled extensively throughout Western Europe, and to the USA, Iran, and Japan. Famous bands like the Tokyo Kosei Wind Orchestra, the Desford Colliery Brass Band, the Brighouse and Rastrick Brass Band, all four Dutch military concert bands, the Frysk orkest (Frisian band), the Radio Blazersensemble (Radio Wind Ensemble) and the Dutch National Youth Fanfare Band have all been conducted by him. From 1978 until 1989, Jan de Haan also was conductor, composer and arranger for Dutch radio and television.

As a programme maker he produced about 140 television music programmes. He also worked as a teacher at the Pedagogical Academy of Music in Leeuwarden for a number of years. Alongside his activities as a guest conductor, composer and international jury member, Jan de Haan was active at De Haske Publications. He founded this music publishing house in 1983, but sold his shares in the company 25 years later, in 2008, to be able to dedicate his time to composing, arranging and conducting.

Thierry Deleruyelle is a French composer, conductor and percussionist who graduated from the Conservatoire National Supérieur de Musique de Paris (CNSM) where he was awarded prizes in percussion, harmony, counterpoint, fugue and forms, and diplomas in analysis and orchestration. He was also unanimously awarded postgraduate diplomas (DFS) in composition and percussion with distinction.

His compositions have allowed him to work with many renowned artists and for his work to be recorded on CD by orchestras in various countries. He has composed orchestral works (for symphony orchestra, wind and brass bands), chamber music and solo pieces. He won first prize at the international composition competitions of Saint-Amand-les-Eaux (France – 2005) and Haize Berriak (Spain – 2009).

A particular acheivement is that he is the first French composer to have written the test piece for the 2016 European Brass Band Competition in the Championship division and, with his work Fraternity, the test piece for the 2017 British Open too. He is the winner of prizes decerned by 4barsrest: “Test piece of the year 2016 and 2017” (Fraternity) and “2016 – Newcomer of the Year”.

In his work as a conductor, Deleruyelle takes several groups under the baton by invitation as well as the Voltige Orchestra, of which he is one of founding members. They perform and record the new works written by famous composer (P. Sparke, T. Doss, J. and J. de Haan, O. M. Schwartz etc..) on CD for Hal Leonard MGB publications.

Jan Van der Roost was born in Duffel, Belgium, in 1956. At a very young age he was introduced to the prominent names in the concert band, fanfare band and brass band repertoire which inspired him to put something on paper himself. He studied trombone, music history and musical education at the Lemmensinstituut in Leuven (Louvain). He continued his studies at the Royal Conservatoires of Ghent and Antwerp, where he qualified as a conductor and a composer.

Jan Van der Roost currently teaches at the Lemmensinstituut in Leuven (Belgium), is special visiting professor at the Shobi Institute of Music in Tokyo, guest professor at the Nagoya University of Art and guest professor at Senzoku Gakuen in Kawasaki (Japan). Besides being a prolific composer he is also very much in demand as an adjudicator, lecturer, holder of clinics and guest conductor. His musical activities have taken place in more than 45 countries in four continents and his compositions have been performed and recorded around the world.

His list of works covers a wide variety of genres and styles, including two oratorios, a children’s opera, a cantata, a symphony and some smaller works for symphony orchestra, a guitar concerto (dedicated to Joaquin Rodrigo), a concerto for trumpet and string orchestra (dedicated to and commissioned by the Norwegian virtuoso Ole Edvard Antonsen), a double concerto for two clarinets and string orchestra (dedicated to Walter and Anne Boeykens), a concerto for clarinet and symphony orchestra (commissioned by and dedicated to Eddy Vanoosthuyse), Images for alto saxophone and chamber orchestra, a lieder cycle for baritone and chamber orchestra, works for strings and chamber orchestra, chamber music, numerous brass band and concert band compositions (including Sinfonia Hungarica, a three-movement symphony for large concert band and Sinfonietta), choral music and instrumental solos. Many of these compositions have been broadcast on radio and TV in many countries and most of them have been recorded on CD by renowned performers. Jan Van der Roost exclusively composes commissioned works, with commissions coming from all over the world. 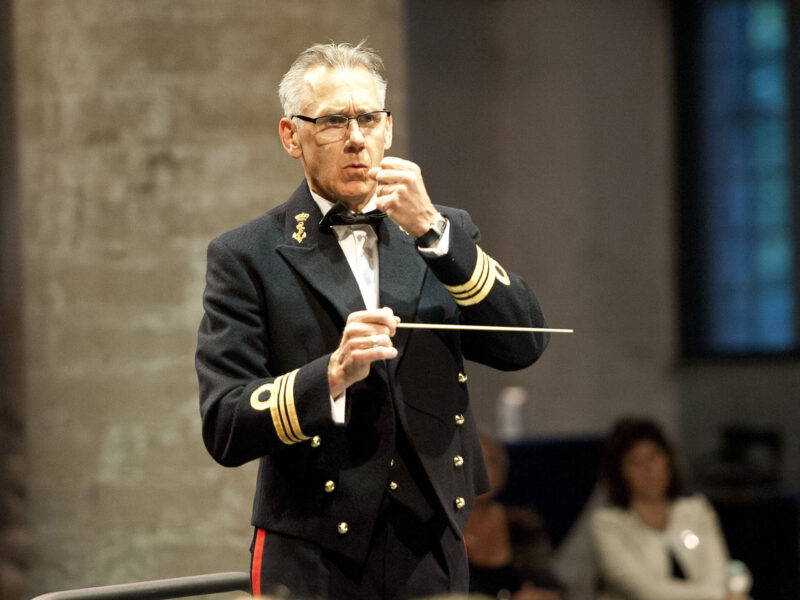 In June 1989, he worked with the Royal Marine Band of the Netherlands Navy as a trombonist, staff arranger and assisting conductor. For twelve years the band played compositions and arrangements of his. At this time, he received many commissions from orchestras and soloist and gave many workshops throughout Europe, as well as, being a guest conductor. After his Composition Funky Fuque meets Waddle Waltz won a first price in a composition contest of the Netherlands Institute of Windmusic his writing career took off.

In November 2002 he was offered a part-time job as sound supervisor and producer with De Haske Publications. His music was then published by De Haske (including his own series Peter’s Popular Collection). Peter is conductor of the Netherlands Police Orchestra, and the Symphonic Windbands in De Bilt and Groningen (the Netherlands). He also is the musical supervisor of Worldchampion K&G Leiden with whom he won the WAMSB Award 2005.

Please check out our YouTube channel, where you can find De Haske Playlist for Concert Band (a selection of some of the biggest works for Band).